Click on any pic in the blog to see larger 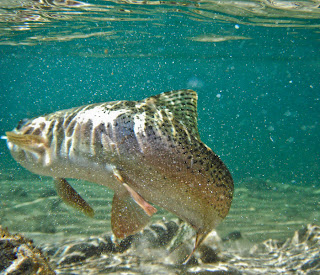 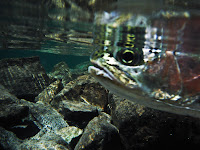 Spent a week in California and tried a number of rivers and lakes when I had a little time.  Started the fishing on the Yuba River which was next to our campsite the first nite.  We arrived late in the day so only had an hour to fish before it got dark, but managed to catch a 8" brown and then hand Dax my rod and watch him catch one.  The next spot was the Truckee River where I had a couple of hours to fish in the town of Truckee.  The fly shop said the fishing is tough and they were right.  I managed to hook two fish but both shook free in my time.  Next was some lake fishing, which I had never done before.  We tried two seperate lakes, Meadow and French lakes but only had luck in one.  French Lake gave up two 13" Rainbows to me in only an hours worth of fishing as we walked the shoreline.  To finish the trip I fished the South Fork American River for about an hour and pulled out a 9" Brown to finish off right. 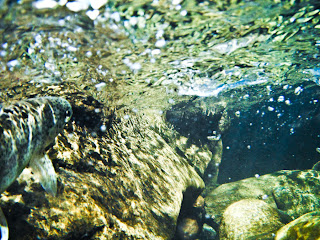 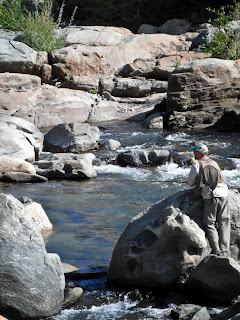 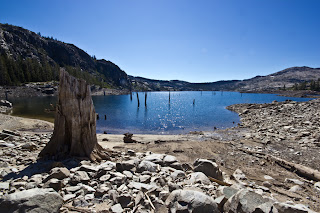 What is your favorite river to fish